On Tuesday, I received my may glossybox through the post. I love when I get an email saying my box has been dispatched and it feels like Christmas when it arrives!
Any who, I will show you what I received! 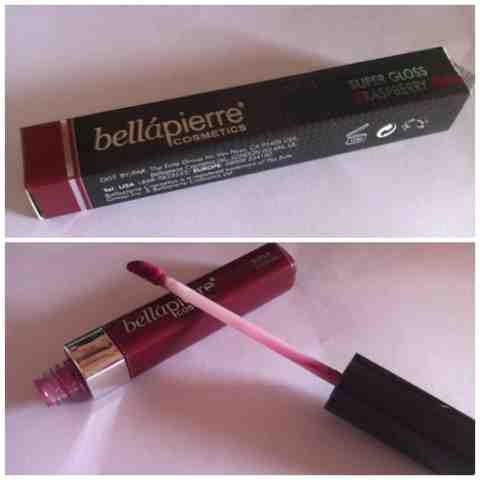 Bellápierre super gloss in raspberry - £12.99
The first thing I received what this lipgloss by bellápierre cosmetics. Now I haven't heard about this brand before but I was very excited to try it. I got it in the colour raspberry and no joke, it smells and tastes like raspberry. Yum! I packaging is very simple but feels very sturdy. Looking at the colour, it's not very me. I go for more neutral tones and this on the lips goes a very deep purple colour but I'm trying to make it work. This lipgloss retails at £12.99 which is a lot for a lipgloss as you can usually get a mac lipstick for that price but I will do a review on it when I test it out more. Jelly pong pong fairy lashes mascara - £15
The next product i received was this mascara from jelly pong pong. In a box a couple of months ago I received there lip frosting of which I liked the scent of it but I felt that it was too sticky for my liking. Now I love trying out mascara a so I was quite excited when I received this. I love the print on the box but the packing of the mascara itself is pretty standard. I like the brush as it has bristles and I used is on Wednesday and it clumped my lashes together and was not lengthening them what so ever. When trying to take the mascara off with a baby wipe, it was not coming off. It was only when I looked at the box that I realised that it is waterproof and I'm not keen on waterproof mascaras. The price of this mascara is £15. But I'm not 100% keen on this product yet. But again, I will post a more detailed review when I have tried it out more. 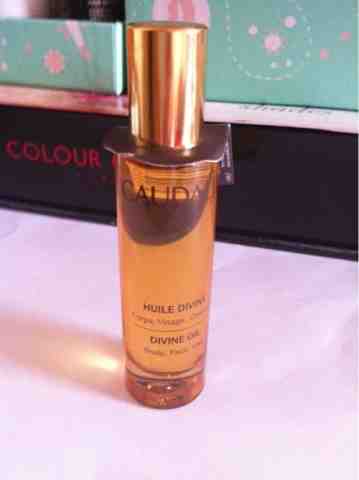 Caudalie divine oil - £4.05
I next received this oil from caudalie. Again I have heard of this brand before but haven't tried anything out. This oil is a multi purpose product and is for body, face and hair. I don't know much about is product but I think I will use it as a face oil rather than my hair as my hair gets oily easily as it is. 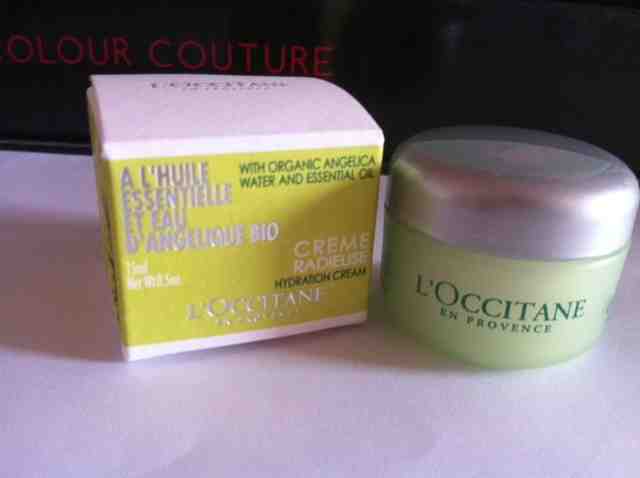 L'Occitane hydrating cream - £30 for 50ml
The next product I received if from L'Occitante. Like some of the other products, I have heard of this brand but again haven't tried anything out yet. This cream is said to be a hydration cream which is right up my street as I love trying new creams as I have normal/combination skin and sometimes can be a bit worse for wear. I tried this out the other night and I found it to be hydrating but the smell is a major put of. I put this on before going to bed and that was all I could smell all night. I'm the type of person that if I don't like the smell of a product, I won't try it but I'm giving this one a try despite the smell of it but Gain I will do a more detailed review soon. 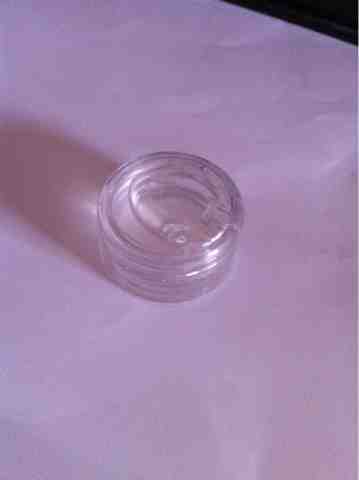 Beautiful Movements Cosmetics - Prime and create mixing medium - £20 for 20g
I then received this pot of what I thought was gel but looking at the piece of paper you get with the box, it states that it is a multi purpose gel. This can be used as a primer and gives a matte finish, or it can be blended with powder products like blusher and eyeshadow to make them into cream products. I like the idea of this as there is nothing more annoying than having. Blush which you love but you can't find the colour or brand in a cream formula. I haven't used this product yet but I'm so looking forward to testing it out. 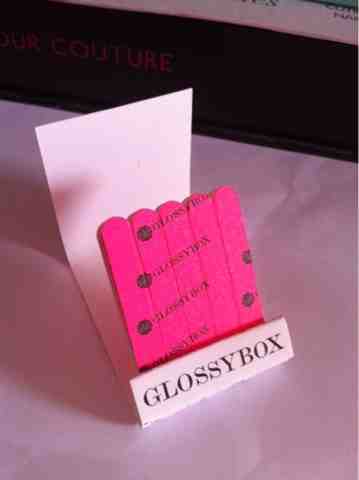 As it was glossybox' 2nd birthday, they threw in an extra goody which is always good. I received this little pack of nail files which comes in a matchbox type thing? Anyway, I have loads of nail files as it is but I like the idea of these being mini as you can throw them in your make up bag or in your bag and your ready to go. 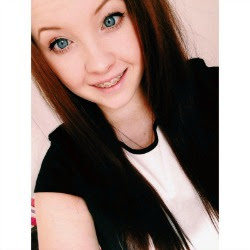